What's the opposite of luxury travel? A year on the road – it's not a holiday

Liverpool was such a surprise package for us, it deserved more than the paltry day and a half we gave it. 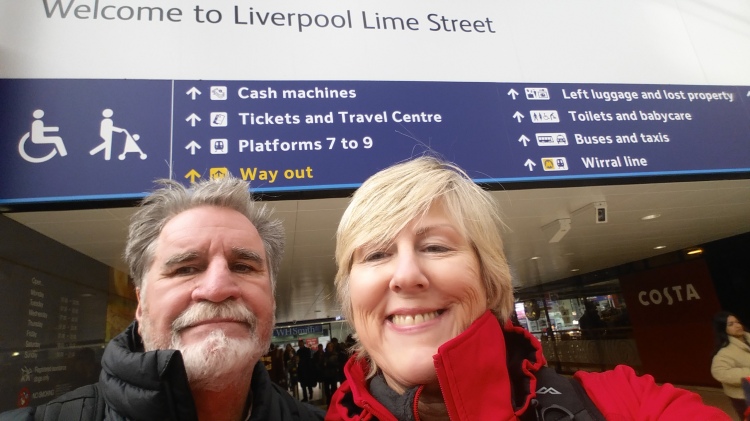 We arrived at lunchtime after a brilliant 3 hour trans-pennine train ride, via Leeds and Manchester, complete with tea trolley service…dumped the bags and went to the Mersey for the ferry ride and impromptu concert (sorry – not sorry).  Winter was chucking it all at us, with a cyclonic wind hurling hail horizontally.

We took a look at the Maritime Museum, which also holds the International Slavery Museum by which time we were ready for a break.   Struck out for dinner at the pub and hit the Cavern Club (as you do).   The present Cavern Club is a replica of the old and is a few doors down from the original which was knocked down.  Liverpool seems to have had a history of trying to knock stuff down, but thankfully they are now more conscious of their rich history, and are marketing the city as a tourism destination, rightly so.    A couple of acts played mainly British Mersey sound, although the odd Oasis number crept in, while the wild mix of ages in the crowd had a great time, even the uber cool hipster guy swayed a bit. 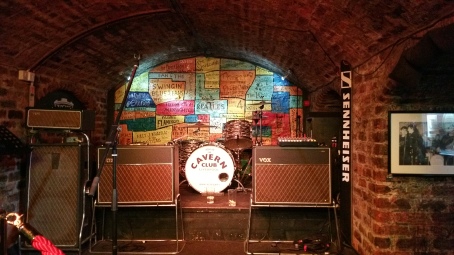 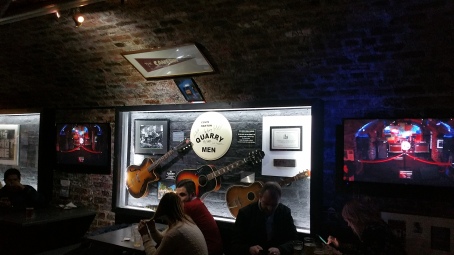 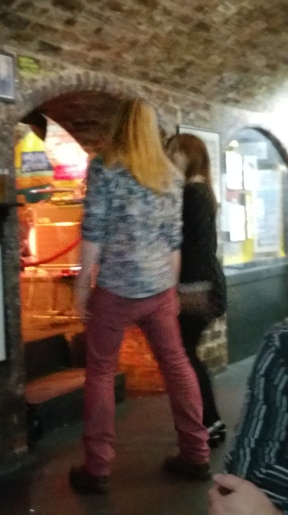 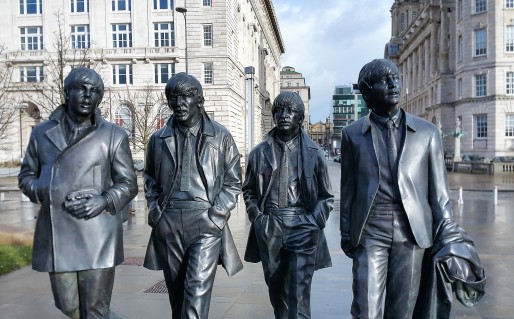 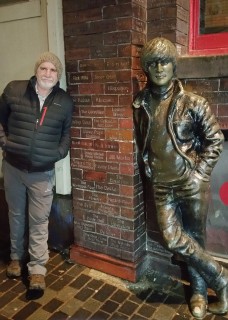 Next morning we joined a free walking tour which was phenomenal, we were taken to places we would never have known about, such as the Liverpool Public Library.   We learned that Liverpool had the very first art gallery which was open to everyone, the first commercial wet dock, which basically ensured its future as a shipping port, was the departure point for so many immigrants to the new world, as well as the unfortunate slaves, send to cotton and sugar industry centres.  It’s a gorgeous mix of old and new architecture and music. Many movies are set there, as the architecture can double for lots of locations…some of Fantastic Beasts was shot at St George’s Hall.  Charles Dickens used to give penny readings of his work in this building on the days when the whiff of the bodies buried underneath wasn’t too bad. 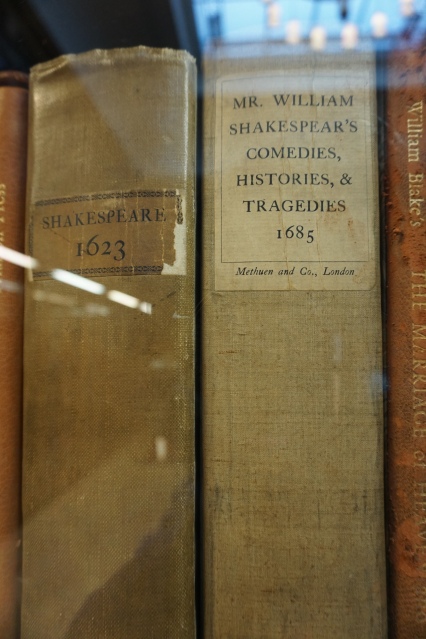 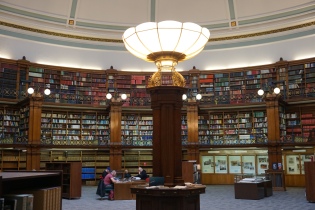 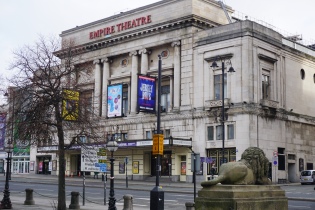 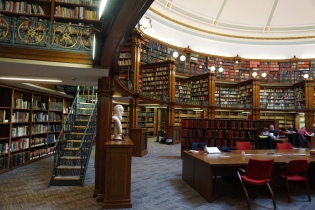 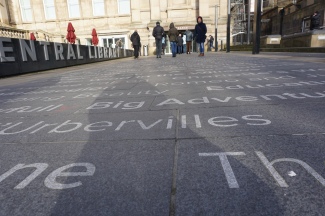 the library forecourt, with book titles

The famous liver birds were a misrepresentation of the eagle on King John’s seal, the scribe thought it was some type of cormorant.  The birds on the top of the Liver building are facing away from each other, as it is said that if they see one another, they will fall in love, fly away and Liverpool will disappear.  The female bird is facing outward, looking at the water, and the male bird is facing inland, monitoring the opening time of the pubs. 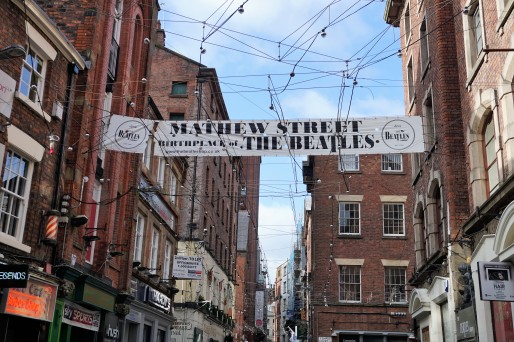 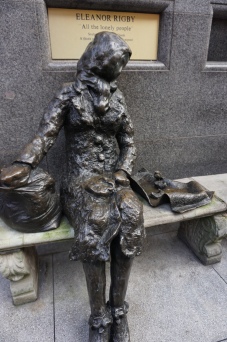 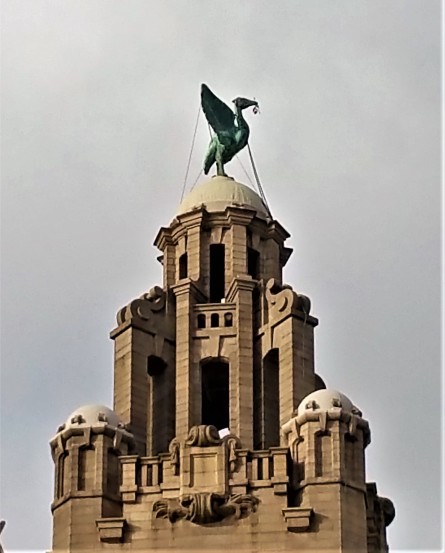 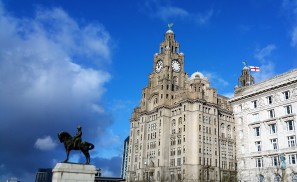 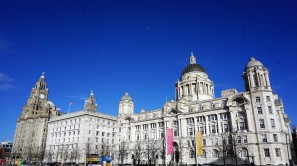 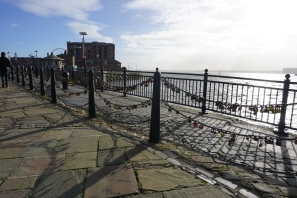 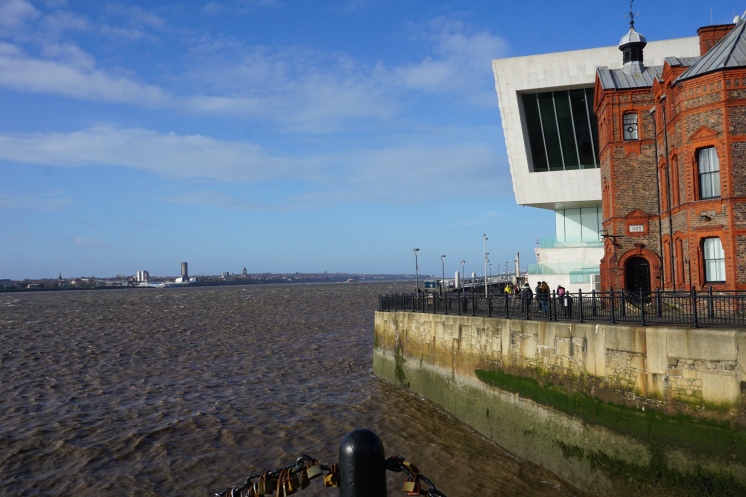