What's the opposite of luxury travel? A year on the road – it's not a holiday

Arrival in Dresden by the now familiar FlixBus. It’s a relatively quick 2.5 hour jaunt and they have charging points which is like finding a Pokemon for us. Negotiating the local tram system dropped us off near our digs, where we checked in to find their definition of “private” bathroom, differed somewhat from our own. It also had the world’s narrowest beds, so all the fun of caravanning but under a roof. We stowed the bags and took off for the city.

Dresden was a stop we made as Prague was too expensive on the weekend (we didn’t realize that it was a long weekend for MayDay (Labour Day) here. Dresden was behind the Iron Curtain until the reunification of Germany in 1990. 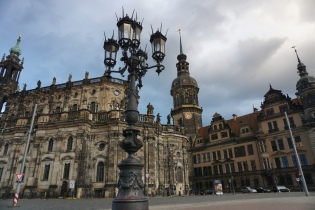 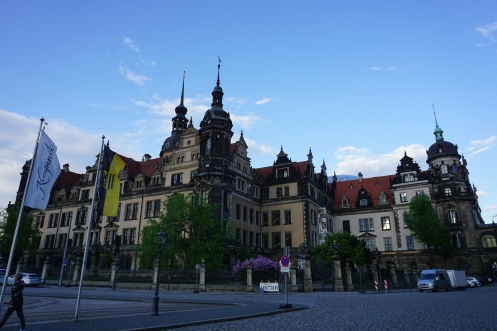 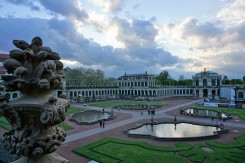 I had read that it had copped a beating in the war, and had been rebuilt. 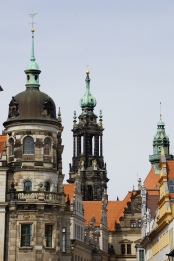 Dresden was a baroque city, famous for its porcelain figures, on the River Elbe, priding itself on its cultural heritage. Throughout the war many refugees made for it to avoid the approaching Red Army. There is conjecture as to whether industry supplied equipment for the German war effect or not, and whether it was felt that important personnel were in hiding there, whether it was a show of power or pure spite, but in February 1945 the allies launched a carpet bombing campaign that left the city in ruins. The firestorm created had winds of such velocity that pieces of furniture were flying through the air, and folk hiding in basements simply suffocated as the oxygen was sucked into the fire. Roadways boiled and peoples’ feet burned. This went on for three nights. The fatality figures wildly differ. 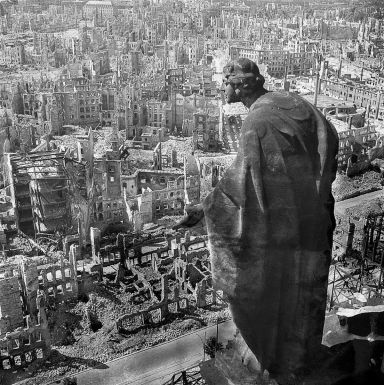 The occupying Red Army, and later the communist regime had little interest in restoring the city, and any such efforts were directed to Russia. The locals spent years (and it is still being restored today) sorting out rubble and masonry, clearing the debris. What a massive undertaking! You will see from the photos that some of the masonry is still very black, from the firestorm, and it has been left that way purposely.

The historic centre was beautiful, and the outlying areas cheerful and bright. Yes, there are the socialist style blocks of flats, but we have the same ones at home too. A great tram system got us around, and we ventured into NeuSchadt, the trendy hipster area, maybe Fitzroy-ish? Fabulous bars, and biergartens, one especially with old standard lamps scattered throughout the area, and random lampshades strung from the trees. The first bar we sat in had the wall of books, dim lighting and a cracked leather couch. Fantastic.

As we departed, we noticed increased politzei numbers, and noticed that a football match was taking place that afternoon. Given the cheery disposition of all the fans, we found it hard to believe that the politzei would be required.

We’ve been to see Lancaster bombers in various museums, there is one at the War Memorial in Canberra. They are immense machines, incredible to think they can fly at all. So when I look at museums, with details of the campaigns fought – while I don’t pretend to know much about the justifications and retaliations….I’ll pause to consider what the result of them look like.